Welcome back to a special edition of Yelp Wanted, Eater's on-going investigation into the shortcomings and nuances of the Yelp empire. A lot of people have a lot of issues with San Francisco's favorite review site, and we're among the ranks that believe there's more than meets the eye with the Yelp world. As always, feel free to share your thoughts. 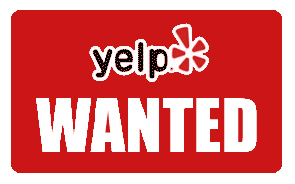 This month's issue of San Francisco Magazine features a rather inflammatory piece on our old pal and local cult du jour, Yelp. As it stands, the article—titled "One-town wonder"—gives some background on the history of Yelp, but more importantly, touches upon a number of the site's major shortcomings, both current and future. First, the highlights, then the twist:

1) "Yelp has been used by 5 million people, and Citysearch by 10 million ... With 40 percent of Yelp's users still primarily in the Bay Area (according to Hitwise), it's safe to say that the site has yet to keep up with the Joneses."

2) "... many people feel that the magic of what happened here with Yelp simply can't be repeated: the notoriously rich young founders, their on-the-ground friends and acquaintances who served as an instant free staff, the financial angels who do their best to promote the site"

3) "Certain aspects of the site itself—particularly as it draws more and more verbiage—may keep it from breaking out. Who has the time, for example, to read all 680 reviews of Mission restaurant Foreign Cinema"

There's much more quotable material from the article, which reads rather well. However, there's quite the conflict of interest at play here, as Yelp CEO and part-time gumshoe Jeremy Stoppelman was quick to point out some key facts: the article's author—Karen Solomon (resume here)—is currently a reviewer for Zagat and SFStation, and has written extensively for Citysearch, AOL and Gayot for multiple years. Now, we're the first to pile on Yelp (and its many obsessives) and even though Solomon does raise many valid points in a well-written article, full disclosure would have gone a long way, and now, Solomon's arguments are undermined to a good extent. Fortunately, the reactions from around the interwebs are just as enjoyable as you'd expect:

Valleywag: "Solomon's claims would be more credible if they didn't appear in San Francisco, plainly a Yelp rival. Oh, and then there's Solomon herself: According to her resume, she makes a living writing reviews for other businesses that compete with the website -- Zagat, CitySearch, AOL, SFStation, and so on. Neither conflict is disclosed anywhere in Solomon's piece. Not that a local city rag should be expected to uphold great standards of journalism. But such outlets are usually masters of stating the obvious." [Valleywag]

Yelper Gracie B.: I think the overarching point of the article is that Yelp is cool, but that it's particularly cool in SF and the 'inner' bay area because of the specific demographic mix there" [Yelp Convo]

Yelper A.J.: "journalistic foul....wonder if you can get Michael Bauer to cover it?" [Yelp Convo]

Yelper Brittany D.: "Is that what a professional food critic looks like? How dare she call us armatures! I would assume that all of us combined have waaaay more expertise than her." [Yelp Convo]

**UPDATE 1/29: Karen Solomon's online resume was out-of-date and we should point out that she is not currently a Zagat reviewer and hasn't been for some time.