This is Hangover Observations, wherein we share our thoughts on last night, the night that was. 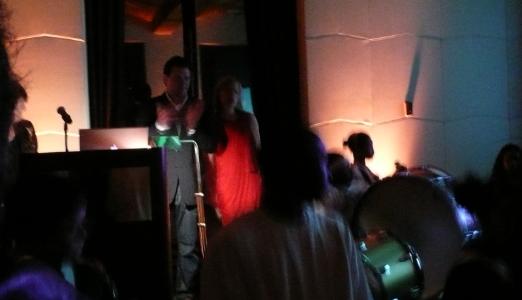 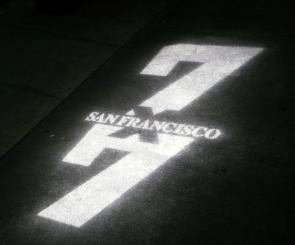 Last night marked the second annual Eat + Drink Awards Gala put on by 7x7 magazine. The event—held at the opulent City Club of San Francisco and hosted by imminent restaurateur Tyler Florence—celebrated and honored the hard-working folks of the local restaurant industry (well, technically, just those that do their jobs better than the rest; Luisa Hanson was almost assuredly not in attendance). In any event, it was as close to the Oscars as the restaurant industry get on a local scale, except instead of Billy Crystal, there was Tyler Florence and instead of gold statuettes, there were cute little piggies. The full list of winners was mentioned earlier, but now, our thoughts on the evening's festivities:

1) The second best moment of the evening: the transition from cocktail hour to awards ceremony came in the form of a drumline. The high school drumline—go Cougars—stole the show and in many ways, gave the performance of the evening. The crowd got into it, and it was a great way to start the formal ceremonies. It also gave some folks the opportunity to tell inappropriate drummer jokes that had been left unused since the mid-80s.

2) As great as the drumline was, it was superseded by the best moment of the evening: Tyler Florence, who was front and center on stage during the performance, half-dancing and bobbing his head uncomfortably for the entirety of the 15 minutes. Awk-ward.

3) Some added Ty-Flo fun took place when he was forced to ad-lib at the mic during some technical difficulties. We're fairly certain we heard the phrase "Where's my olive oil?"

5) Someone stole Aqua's pig. Has anyone seen it?