Share All sharing options for: Plywood Report: Anchor & Hope and Much MORE!

The Plywood Report is your all-encompassing chronicle of the next generation of restaurants and bars to grace our fair city. If you see some plywood going up in your neighborhood, do let us know. Bonus points and a gold star to those who include photos. 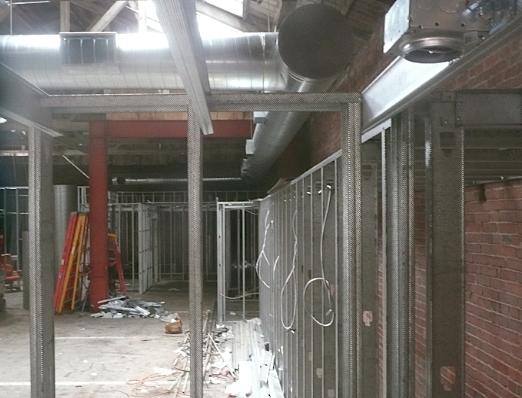 1) SoMa/FiDi: Work has commenced and is well underway at Anchor & Hope, the third member of the Town Hall/Salt House family. The early formations of walls in century-old building space in Minna Alley are up (and covering the exposed brick?), and as you'll note from our pre-plywood visit, the former garage space was completely bare to begin with, so everything from the kitchen on up must be built out. [PLYWOOD] 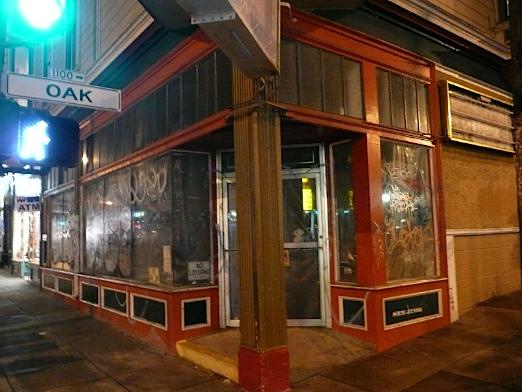 2) NoPa: From a tipster comes vague rumblings of a "a live jazz music café opening up on the corner of Oak and Divisadero in March." The above shot is our best guess as to the location of this elusive, unconfirmed jazz club: the southwest corner of the intersection at 359 Divis, where permits say there is work going on. Anyone know any further details? [PLYWOOD]

3) Golden Gate Park: It's mentioned in passing in 7x7's Charles Phan profile, but we just had to highlight the following tidbit about the Charles Phan/Loretta Keller restaurant project now under construction in the new Academy Sciences building: "Most of the discussion focuses on the 'living wall' the two restaurants will have running through them, a structure incorporating vines, moss and other plant life ... There's also going to be a view from the restaurant into an aquarium. Phan asks about fertilizer issues, fish maintenance and lighting, even the possibility of growing some unusual Asian herbs on the wall. 'Once we open, it's 24/7,' he warns. 'We'll have customers 365 days a year.' There's no time to close down, should the living wall suddenly stop living." Aquarium views and living walls? Take that, Waterbar. [7x7]