Scheduled to arrive in or around late February in the new InterContinental Hotel at 888 Howard Street is Luce. It is the new project from Dominique Crenn, the rather talented chef late of Los Angeles (more on Crenn's time in LA can be had down at Eater LA). As for Luce, we shared the concept details earlier in the month; now let's turn the focus to the space itself. The casual-elegant brasserie will have 130 seats or so, and sits in the chic glass-walled corner space on the corner of Fifth and Howard. Ceilings are high and as you can see, the early formations of a dining room are in place, including some decorations resembling disco balls and a possible hardwood floor sighting. 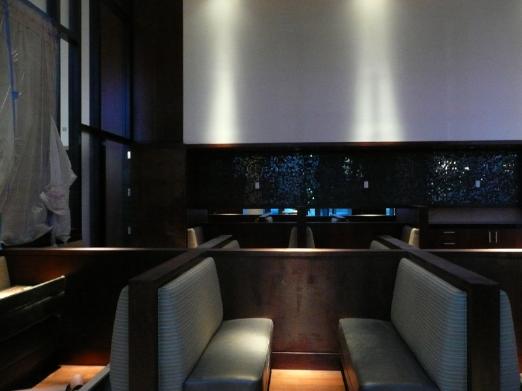 Lots of booths and banquettes look to be in the works, which is always fun. Sidenote: are booths always required for casual-upscale hotel dining? 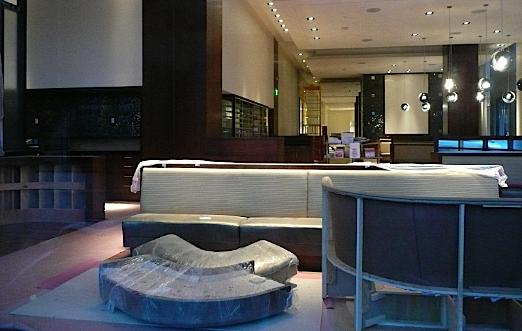 The view from Fifth Street, looking through the restaurant space (down Howard) to the adjacent Bar 888. Even though the room has yet to be filled, between the glass walls and high ceilings, this early incarnation of Luce seems quite spacious, yes?
· EaterWire: Crenn's Luce to Open in New Hotel and More [~ESF~]