Share All sharing options for: Curbed Rumblings: Reopenings and Redevelopments

It's the first Friday afternoon of the new year, and time to reminisce on the week that was at our sister site and friendly neighborhood blog, Curbed SF. 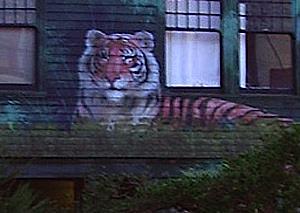 1) Outer Sunset: In the wake of a certain incident, a local architecture firm is designing a snazzy new set of barriers for the big cat grottos at the zoo. Meanwhile, the San Francisco Zoo reopened Thursday for the first, only to close again today because of a storm-induced power outage. Yes, the zoo has pretty much turned into Jurassic Park.

2) The Fillmore: $3.5 million says that the city is really trying to make fetch the Fillmore happen: "The Muni substation at the south end of the Fillmore Jazz Preservation District (at the corner of Fillmore and Eddy Turk streets, to be exact) will soon be overhauled into some sort of housing/ jazz club/ save the kids-type venue: the city's redevelopment agency has forked over $3.5 million for the retrofit, and has given developers until February to submit proposals for the space."

3) Rincon Hill: Speaking of redevelopments, the February 5th ballot has a plan for a park meant to rejuvenate Pier 36, "the fenced-off modern ruin that, while lending the Bay shore a certain amount of condemned romance, could be— and often is— considered it an eyesore on an otherwise majestic promenade."