Share All sharing options for: Hanson Reveal, Part I: The Barleycorn's Fate

The saga of the John Barleycorn is, by now, a well-known tale. Along with the Front Room next door, the San Francisco institution was bought by controversial restaurateur Luisa Hanson and subsequently forced out, spawning blogs, forums and even a YouTube video. Now, straight from The Hanson herself, we have word of the much-speculated fate of the (completely gutted) space at 1415 Larkin. It will indeed remain a bar, but will be called Duffy's Irish Pub. Given the current holy martyr status of the Barleycorn, Duffy's has pretty hard act to follow, especially with the fervor of the neighborhood Barleycorners; it'll be like watching the LBJ presidency, in pub form.

Along with the restaurant next door (more on that in part two of the Hanson Reveal!), Duffy's is hoped to be open by February, though a peek at the interior suggests otherwise: 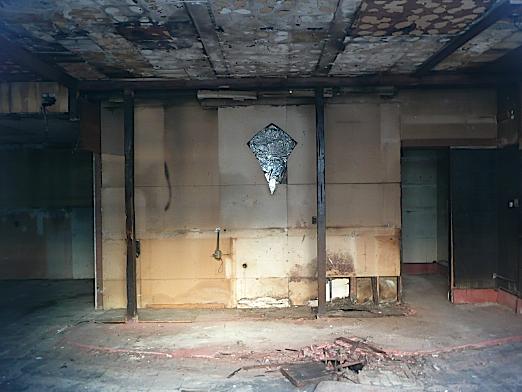 If you think that the space hasn't changed since November, then you are correct. Unlike the restaurant space next door at 1500 California, the Barleycorn Duffy's has seen zero construction action in the last couple months, prompting us to believe that an opening is not likely in the next month or so as advertised. But a wise man once said that in America, there's one word that says it all: "you never know."
· Luisa Cometh: Rumblings at Hanson Colonies [~ESF~]
· Barleycorn Faithful Not Going Quietly [~ESF~]
· Luisa Hanson: "A Mean Nut" [~ESF~]
· Bye Bye, Barleycorn [SFist]