Welcome back to the Plywood Report, your all-encompassing chronicle of the next generation of restaurants and bars to grace our fair city. See some plywood going up in your neighborhood? Do let us know; bonus points if you include photos. 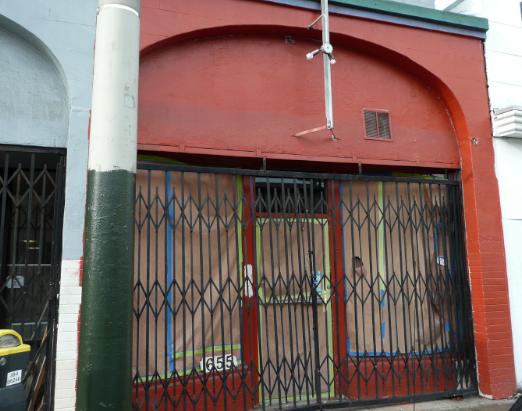 1) Nopa: Above is the first look at the long-awaited, much-anticipated sequel to Bar Crudo. Located at 655 Divisadero (off Grove, across from the Independent), the space—and kitchen—is notably larger than the original location/closet of BC 1.0, but work hasn't started yet. Once the permits are acquired, late spring is still the aim. [PLYWOOD]

2) Polk Gulch: Emaileth a tipster, "There's this restaurant that's painted lime green on Geary Blvd. near Polk Street. Maybe you've already posted about them. I think it's called Cilantro Grill? It says opening soon but it's been like that for months, it seems." Rest assured the Plywood Photo Squad has been dispatched. [Eater Inbox] 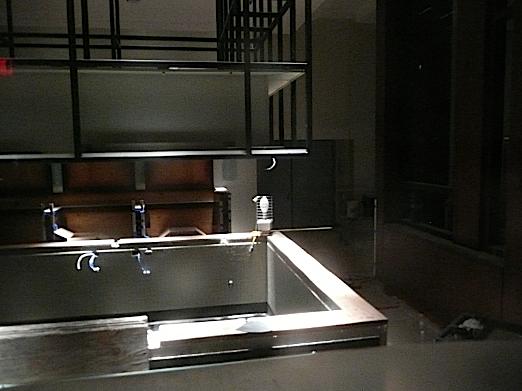 3) SoMa: The blurry, almost heavenly shot seen above appeared in the Eater Inbox over the weekend, following our post about Dominique Crenn's Luce in the InterContinental. Nothing except the subject line of "Luce" accompanied the photo, so we honestly have no idea if it's part of the bar or what (we half-expect Bigfoot to stumble in from the corner). Whatever it may be, it should give you an idea of how far along Luce and Bar 888 are. [Eater Inbox]

4) China Basin: We were about to post a photo of the plywooded Burger Joint storefront at 242 King Street, right across from the ballpark, but then we realized it looks exactly the same as it did back in September, minus the "Coming Summer 2007" part. [PLYWOOD]

Have some ply? All sightings, big and small, are welcomed at sf@eater.com.