Have a piece of news fit for EaterWire? Drop it in the tip jar. 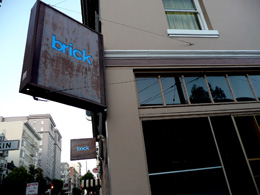 TENDERNOB—An epilogue on the earlier Brick chef shuffle story. For the time being, Alex Marsh, who left on good terms, will be taking a quick vacation from the restaurant world. Running the kitchens at Brick and Solstice are his sous chefs, Nate Cooper and Jorge Romero, respectively. [EaterWire, previously]

CASTING CALLS—Food Network's upcoming show, Dear Food Network, will be filming in San Francisco and they're looking for fans of Guy Fieri and Giada de Laurentiis: "Love to watch the Food Network but can’t cook as well as your favorite star? Now’s your chance to have your Grilling question answered, possibly even in-person! Inspired by letters from fans, Dear Food Network features top chefs answering your cooking concerns" [Craiglist via SFW]

NATIONAL—Not only are chain restaurants feeling the pinch in these belt-tightening times, but chains at or near malls have little to look forward to this holiday season. With retail sales expected to be down, restos like California Pizza Kitchen, Cheesecake Factory and P.F. Chang's will most certainly get less business, which means the independent spots that flank our pedestrian-heavy shopping areas (i.e., Union Square) are really going to hurt. [WSJ via Eater LA]