Welcome to Eater's annual year-end survey of friends, industry types, restaurateurs, chefs, media, and readers. This year, we asked the group seven questions. We've already seen a handful of answers, and the rest will be answered by the time we turn off the lights on Wednesday. Unedited and in no particular order: 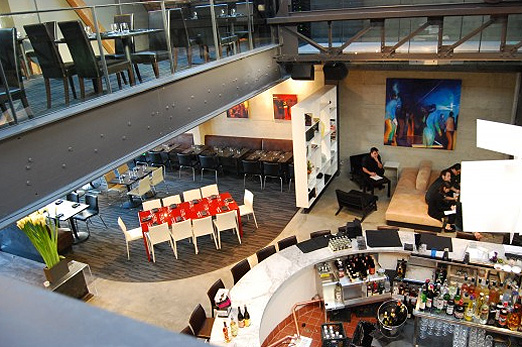 Q: What was the biggest dining surprise of 2008?

Lissa Doumani, Terra/Ame: That nothing has replaced charcuterie! Please let’s move on unless you are making the best in house.

Chris Cosentino, Incanto: Ubuntu was a huge one for me. Who would have thought a meat guy would love this place? Jeremy cooks vegetables with the same sensibilities as cooking meat.

Jan Newberry, San Francisco Magazine: That Orson tanked so quickly (but was that really a surprise?)

Marcia Gagliardi, Tablehopper: Why didn’t more people didn’t like Orson? I ate there again and again and again. The closure of Rubicon broke my heart. Michael Mina, a hotel restaurant, now closed on Sundays and Mondays is pretty damned bleak. Oh yeah, and the popularity of Mission Street Food (both as a truck and now at Lung Shan) is great—the whole thing is such a cool local phenomenon.

Nish Nadaraja, Yelp: I was surprised by how much I enjoyed Level III’s bar menu.

Joe Hargrave, Laiola: I'm shocked that Roadside BBQ on geary doesn't have a line out the door. Their pork sandwich with coleslaw and 3 mustard slather is really fucking ridiculously good. And that at once Myth, Frisson and Scott Howard were dark. Weird year in Jackson Square.

Sarah Sung, UrbanDaddy: Zare at Fly Trap. Most people will say because of the gigantor meatballs, but, overlooking the clunky/huge plates, the food and cocktails were good. Gitane's decor. Somehow it worked, but it could've gone either way. The food is OK, but my prediction is that the bar will be what carries it.

Patrick Heig, Citysearch: Bacon everywhere. I've always eaten a lot of it, but all the sudden it started showing up in bloody maries, wrapped around figs, on top of donuts, even. I'm all for it personally, but isn't it as horrible for us as ever? It's as if people started smoking again. I do that, too, but, you know?I shouldn't.

Elizabeth Falkner, Orson/Citizen Cake: Some of the best food stuff is at Boulette's Larder, to-go, which really isn't a surprise

Lucchesi: That Big Drew cut his losses at Rubicon; that Mission Street Food, Ubuntu and Delfina still manage to surpass expectations; that Waterbar is still open (tick tock); that smoking fish and/or meat isn't big here yet; that there are multiple giant porcelain dogs at Cafe Majestic; that Quince took Myth; that Marcia hasn't switched to a blog format yet; that Ozumo and Farina are still quite popular; that someone actually thought Russian vegan comedy was a killer combo.