Share All sharing options for: Year in Eater 2008: Headline Predictions For 2009

To sign off on 2008, we asked a collection of of friends, industry types, restaurateurs, chefs, media, and readers to share their favorite Meals, Neighborhoods, Standbys, and Newcomers of the year; plus, their Biggest Dining Surprises and One Word to Define the Year. So, as we call it a year with one last post, the group makes Headline Predictions for 2009. Our sincere thanks to all who participated, and to all a good night. 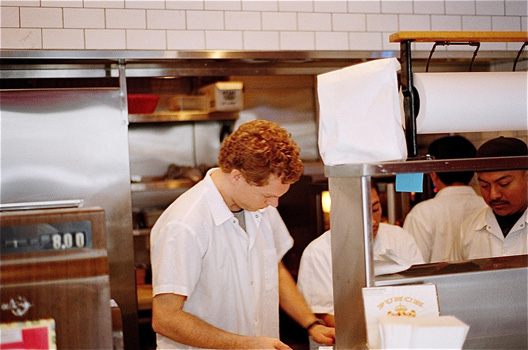 Jan Newberry, San Francisco Magazine: I think we’re going to see a lot of places going under and they ones that survive getting smaller. The Dennis Leary model is going to take off. Prices are going to go down and we’ll see more comfort food like we did after 9/11. Kuleto’s Embarcadero projects seemed particularly ill-timed. I can’t imagine that Waterbar will still exist a year from now.

Lissa Doumani, Terra/Ame: That we are going to come out of this (don’t use the word) sooner than expected but it will take its toll on our industry. Hang on.

Patrick Heig, Citysearch: Mixology will simultaneously cool off and spread. I think people have tried the cocktails made with Goji berry essence, platypus egg whites and hand-chipped Patagonian glacier ice and gone, "Wow, that's impressive! I'll have a martini." But once you've begun drinking local, small-batch and artisanal spirits and fresh-squeezed juices, house-made syrups, etc., there's no going back (side predictions: Patron will become the new Jose Cuervo, and using store-bought margarita mix will be akin to cooking with MSG), so the craft cocktail movement that began at places like Bourbon and Branch and The Alembic will necessarily become more mainstream. Food-wise, obviously value is the key word right now. That doesn't mean that only cheap restaurants will thrive or that people will stop craving amazing food, but the middle class will stop spending money for sport, and higher-end restaurants will have to adjust. One really smart way for chefs to go during this crisis would be low-overhead offshoot projects like Dennis Leary's The Sentinel or Mission Street Food. They self-generate hype—nothing gives this city a culinary boner like a well-known, talented chef giving up his goods for take-out counter prices--and because of the low risk factor, chefs are allowed both to experiment and to cook what they love. Everyone wins.

Marcia Gagliardi, Tablehopper: "Pig Shortage in San Francisco—Too Many Restaurants Porking Out,” “Comfort Food and Grills: The Sequel” and “San Franciscans Learn to Drink Their Dinner”