Share All sharing options for: Year in Eater 2008: The Year in One Word

And thus we continue with our annual year-end survey of friends, industry types, restaurateurs, chefs, media, and readers. We've already seen a handful of answers, and the rest will be revealed by the time we turn off the lights later today. 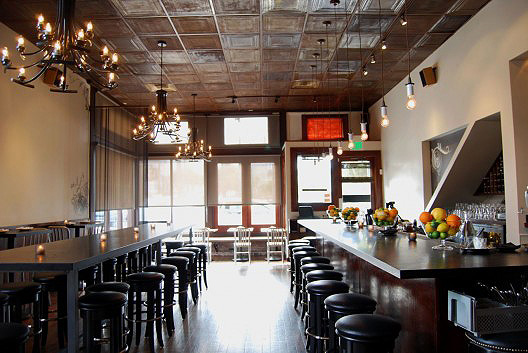 Lissa Doumani, Terra/Ame: You have to sing it to the disco hit. Rollercoaster say what???

Joe Hargrave, Laiola: Anticlimactic. That is one word right?

Lucchesi: Boom. (...in two senses of the word: from the disproportionate number of uncharacteristically spendy, flashy projects that arrived loudly—The Kuletoville Duo, Yoshi's, Orson, La Mar, Moss Room, even Urban Tavern, remember that one?, et al.— to the economic explosion of the second half. Maybe a few months will see another, better boom?)

Let's hear yours in the comments.