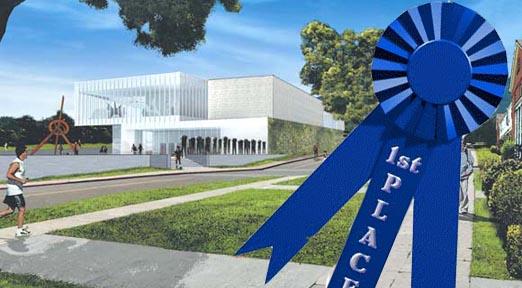 1) Despite the wide-ranging appeal of Ponce de Leon, a Spanish exploration museum lost out to Gap founder Don Fisher's plans for the Contemporary Art Museum of the Presidio (CAMP) as the Presidio's new development.
2) At Octavia/Market, cyclists would rather not get run over by cars anymore.
3) Lots of cash is exchanging hands in Hunters Point, as Lennar, a Miami-based developer is trying to make the HP relevant.
4) Probably the best distraction of the afternoon is FundRaiser 2008, the HuffPo's brilliant database of campaign donors, though you don't exactly need it to figure out which candidate Alice Waters supports.