Share All sharing options for: The Dish: Umi, Brandy Ho's and MORE!

All the latest and greatest openings around town are served up via The Dish. Notice a new debut in your neighborhood recently? The Dish Hotline awaits your sightings. 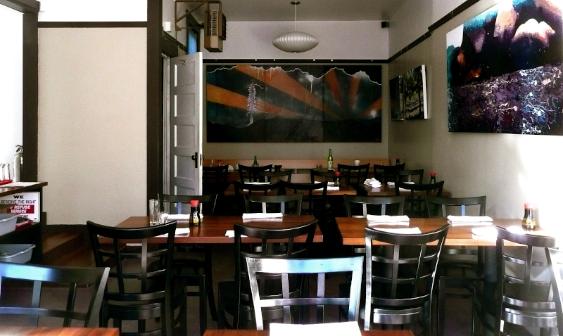 1) Potrero Hill: Perhaps the folks behind Umi warrant inclusion in the Barleycorn Survivors roster, as Skipjack Sushi has weathered its Hanson takeover on Union Street to reopen in its new form on Potrero Hill. Only dinner is being served now, with lunch and outdoor seating in the rear patio on tap in the future. Takeout is being offered, and the menu consists of the usual Japanese sushi options for the most part, with the logo reading "sushi, sake, small plates." 1328 18th Street, between Missouri and Texas; (415) 355-1328 [Eater Staff]

2) The Mission: After several months worth of renovation (and sign work), El Toro Taqueria has reopened on the corner of Valencia and 17th. Even though there's something to be said for the divey burrito joint, the Pancho Villa-owned taqueria has seemingly been around for ages and was in dire need of a facelift. 598 Valencia Street, at 17th Street, (415) 431-3351; website [Eater Staff]

3) The Castro: At long last, the dining room has been opened at Brandy Ho's, Castro Edition. The offshoot of the venerable Brandy Ho's on Columbus previously opened for delivery only (which in turn provoked some skepticism and an Eater Special Investigation). In any event, when a trustworthy Eater correspondent poked her head in yesterday afternoon, reports of an "almost full house at [the very odd hour of] 3pm" were filed in the official records. 4068 18th Street, between Castro and Hartford, (415) 252-8000; website [Eater Staff]