All news fit to run goes in EaterWire. Got some juice? The tip jar awaits. 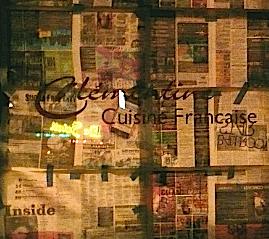 INNER RICHMOND—The unexpected news of the day (at least so far) comes from the shuttered Clementine and its new owner Philippe Gardelle, who is hoping to reopen tonight. We say unexpected because as of (late) last night, a papered-up Clementine was pretty much mired in remodeling ruins, from the skeletal bar to the untiled bathrooms. However, Gardelle—who also owns Chapeau down the road—says that a private owner/chef like himself can't afford to stay closed for long, so he's trying to reopen tonight in an ascetic, purely functional form (which is how he opened Chapeau, to a success). Since the dusty kitchen isn't fully ready, he'll be prepping at Chapeau and then moving operations to Clementine in time for dinner service. But yeah, he expects to have both the bar and dining room open; the man's a mad genius. Stay tuned... [EaterWire]

OUTER RICHMOND—We mentioned Tiziano briefly with the closing of Peruvian mouthful Karamanduka, but here's more intel from the next tenant at the corner of Clement and 19th Avenue. It is indeed an Italian restaurant, with the cuisine's focus on the region of Tuscany, though it will dip elsewhere. The quick renovation of the space is almost complete—they're going for a traditional, rustic feel—and Tiziano is hoped to be open in ten days. [EaterWire]