It's a turbulent time for the restaurant industry, what with new laws popping up on a weekly basis and all. Today, let's turn our attention to a pair of hot topics with recent developments in various political arena: the health care mandate and the looming trans fat ban. As always, your thoughts are very encouraged, either in the comments or straight to the IndustryWire Hotline. 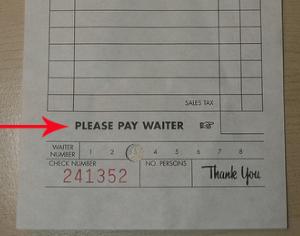 1) Just when you thought the health care fiasco met a caesura in the courts, the Golden Gate Restaurant Association, the biggest opponents of the infamous health care ordinance, has officially asked the Supreme Court to temporarily block the new mandate and put the (eventually overruled) Dec. 26 federal judge's ruling back into effect immediately: "The application (07A654) was filed in Golden Gate Restaurant Association v. City and County of San Francisco, et al.; it was filed with Justice Anthony M. Kennedy as Circuit Justice for the Ninth Circuit. Justice Kennedy has the option of acting on the plea alone, or of referring it to his colleagues for action." [SCOTUSBlog]

2) Elsewhere in court news involving the GGRA, the voluntary-kinda-halfway trans fat ban is now officially in effect, as Gavin Newsom approved the motion that really has no right to call itself a ban: "Mayor [PlumpJack] has signed a city measure that rewards restaurants for voluntarily banning the use of the unhealthy hydrogenated oils. Restaurants that comply will be issued a decal to display on their windows telling patrons the place is free of trans fats." Though let's not forget that that precious decal costs a cool $250, which is 200 health care surcharges of $1.25. [SFE]