Welcome back to the Plywood Report, your all-encompassing chronicle of the next generation of restaurants and bars to grace the city. Spot some doings in your neighborhood? The tip line is very open. Bonus points if you include photos. 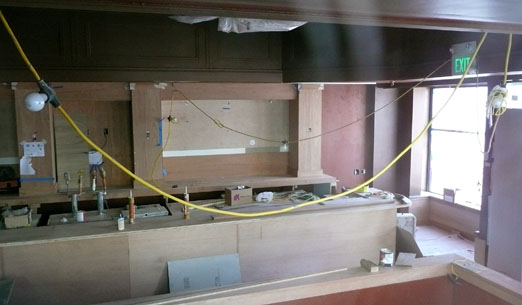 1) Pacific Heights: Appropriately enough, our first look at the interior of Long Bar features the establishment's long bar. On the corner of Fillmore and Clay, the former Fillmore Grill space still looks a ways away, but as you can see, the beer taps are already installed, so the priorities appear to be in order. Of course, it's going to be a bar/grill, but also another place to wait for your SPQR table. [PLYWOOD]

2) The Fillmore: Quoth a tipster, "I noticed some action at the old's Powell's Place on Eddy. It looked like Tribute was starting to move in, or maybe Powell's was moving out. Either way, it looked like something was happening. I wonder how much Tribute will change the layout?" [Eater Inbox, previously] 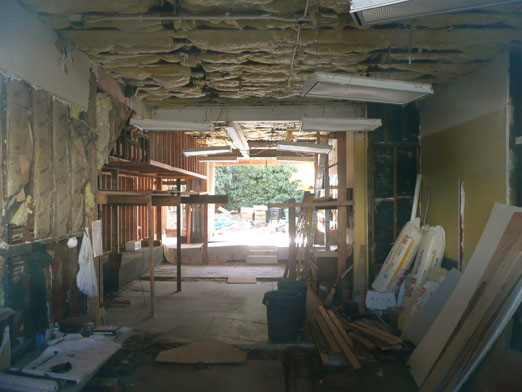 3) Noe Valley: The only thing that denotes local chef/blogger Brett Emerson's upcoming restaurant—still dubbed Contigo last we checked—is a little Inside Scoop write-up stickered to the front door of the old computer store at 1320 Castro (off Jersey). A look through the window, however, reveals a nice space reaching far back into a backyard area. Also spotted on the premises: a Build It Green certification, natch. [PLYWOOD] 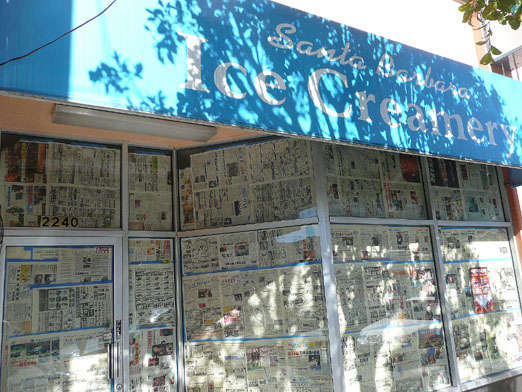 4) The Marina: The fro-yo deep freeze continues at the old Santa Barbara Ice Creamery at 2240 Chestnut, where Tuttimelon, already open in the Sunset, is plotting its next location. Even though Yogurt Bar has set up shop up on Union, we're frankly surprised that it's taken this long for the frozen yogurt people to tap into the main concentration of Marina folk. Froyo people, know thy target audience! [PLYWOOD] 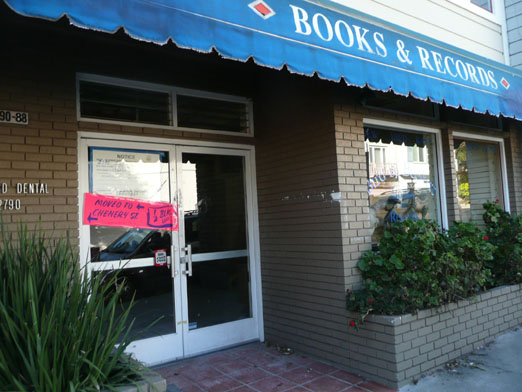 5) Glen Park: More blue awnings! Rounding out our little Friday edition of the Plywood Report is Glen Park's new Italian restaurant at 2790 Diamond. According to a photo tipster, the space is right up the hill from the big Chenery intersection and is pretty much completely gutted within. Still no word on a name for the place, though. Anyone? [Eater Inbox]

As always, your plywood sightings are very much encouraged to sf@eater.com. Xoxo, the Mgmt.