Share All sharing options for: EaterWire AM Edition: Opening Week For Orson, Luce

SOMA—Even though Elizabeth Falkner stopped by the festivities in South Beach over the weekend (including among others, Paula Deen's Poker Party, of all places), this week will finally see the unveiling of Orson. The ambitious and much-anticipated "Edgy California Cuisine" project by Falkner and Sabrina Riddle will toss a soft opening affair tonight, and will officially debut tomorrow night (Tuesday). Perhaps even more importantly, the reservation lines will open tomorrow as well, so if you're stuck at a desk all day filling out TPS reports, it might a good idea to try to score some seats, if there are even any left. More info on Orson, like the resy hotline number, can be had at the official site. [EaterWire Inbox] 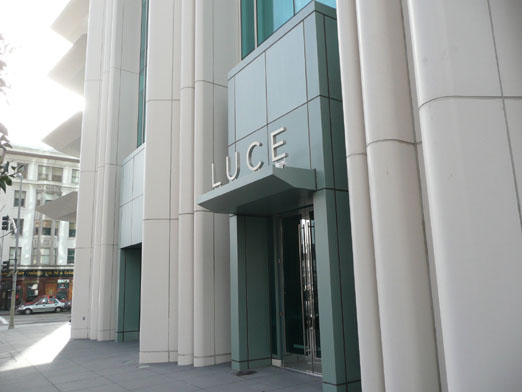 BONUS SOMA—On Thursday, Luce and Bar888 will open in conjunction with the new InterContinental Hotel on the corner of Fifth and Howard. The glass-walled Luce, headed by Dominique Crenn, will be a 130-seater focusing on local, casual-elegant Cali-Italian fare (a description that, yes, covers a lot of ground). Further details on Luce, including some interior plywood shots from earlier in the month, can be had here and here. [EaterWire]