How about some Monday morning plywood to start the week off? The Plywood Report is your regular, all-encompassing chronicle of the next generation of restaurants and bars to grace town. Notice some rumblings in your neighborhood? Do let us know. 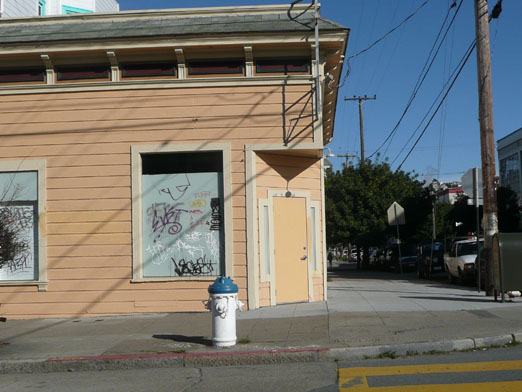 1) The Mission: Residing on the rather desolate corner of Harrison and 21st is Snack Bar, the new project by the good folks behind Nopa. As you can see, the building is quite quaint and this particular stretch of Harrison is a far cry from the hustle and bustle of Mission, which should work out perfectly for the Jossel crew. The 40-seat Snack Bar will serve tapas and vino, with summer being the current projection. Odds that Snack Bar might reinvigorate the area, just like the Jossels did Nopa? Solid, wethinks. [PLYWOOD]

2) Financial District: And yet another Subway franchise location will soon be adorning the Market Street corridor. Quoth a (photo-snapping) tipster: "I saw another damn Subway sign on Market, this time between Kearny and Montgomery, right next to the Radio Shack. What's the deal with this sudden super influx of Subways? I mean, it's better than McD but still." [Eater Inbox] 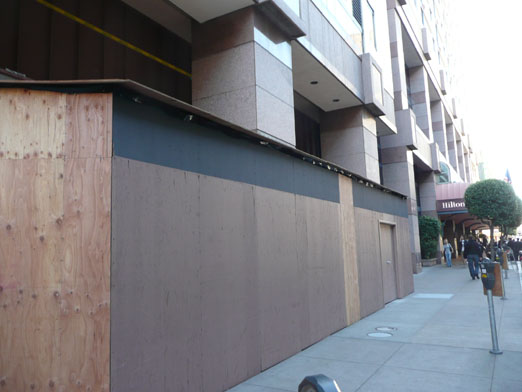 3) Union Square: Opening in April is Donna Scala's new restaurant in the Hilton on O'Farrell Street. The restaurant, Urban Tavern, is still very much under wraps from both the street and the lobby perspectives—it will adjoin the main lobby lounge area—but according to some sources, it's still more or less on track. Old-school continental fare, here we come. [PLYWOOD] 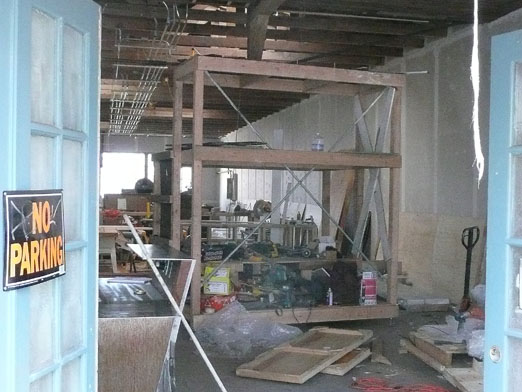 4) The Mission: We've already shared the exterior, but when we caught this peek into the FourBarrelCoffee interior at 375 Valencia, between 14th and 15th, we were pretty surprised/impressed with the sheer magnitude of the space, especially for something in the Mission. Maybe we were expecting another hole-in-the-wall coffee shop, but this Ritual Roaster spinoff looks to be legit in the early going, though it looks a little behind its initial late February/early March projection. [PLYWOOD]