All the day's news goes in EaterWire. Per normal, the tipline awaits your sightings, rumors and tidings, eagerly. 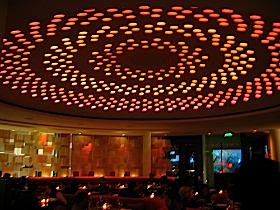 JACKSON SQUARE—The Scoop reports that Town Hall/Salt House crew has successfully landed current Frisson chef Sarah Schafer for its upcoming Anchor & Hope, but don't feel bad for the Frisson guys: "Schafer's last day at Frisson (244 Jackson) is Thursday. After that, according to Frisson partner Andrew McCormack, longtime sous chef Michelle Mathews will handle things. For a while, that is. McCormack and his partners intend to close Frisson in late spring, remodel it and reopen it a few weeks later with a new look, new name and - ta-da! - former Myth chef Sean O'Brien at the stoves." More on the remodel—"more restaurant focused"—is available at the Chron. [Scoop, previously]

FIDI—Camper English has the latest in the bartender shuffles around town, including a juicy little tidbit about personnel and projections at Gitane, the upcoming Claude Lane project from the same people behind Cafe Claude: "Speaking of consulting, Dominic Venegas from bacar, B&B, Range, etc. will be consulting on the forthcoming project Gitane- but you've got a long wait until it opens in May(ish)." [Alcademics]