Share All sharing options for: The Dish: Debut Weekend for L'ardoise, Wine Jar

All restaurant and bar openings, big and small, are served up on a regular basis via The Dish. If you notice a recent opening, please do leave a tidbit in the tip jar. 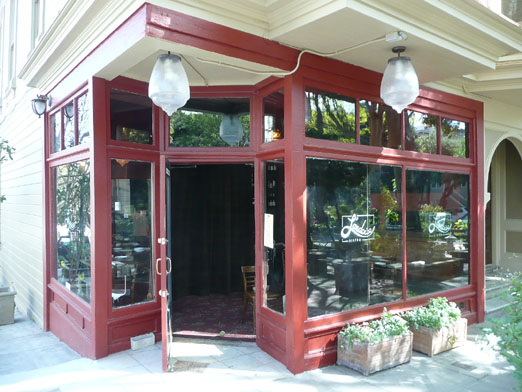 1) The Castro: The solo restaurant by Thierry Clement, ere of Fringale, officially opened over the weekend following some soft opening runs. Taking over the Los Flamingos space, L'ardoise—also known as Lard-Waz—is a bistro, but despite its very quaint, neighborhoody setting in the residential area just north of Market, we wouldn't go so far as to call it a traditional French bistro, what with Clement reaching into his culinary arsenal by putting items like ravioli and risotto on the (short) menu. Following its debut weekend, reviews have been mixed, though that's surely to be expected; in the meantime, please do share your thoughts. 151 Noe Street, at Henry Street, (415) 437-2600; website [Eater Staff] 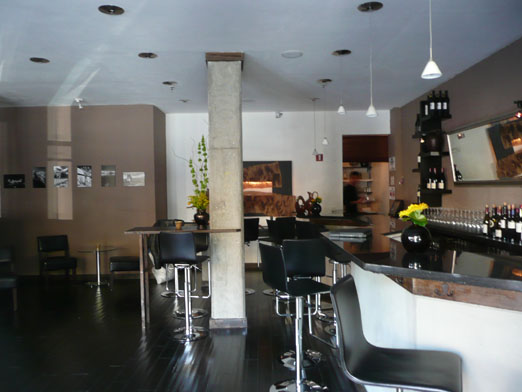 2) Pacific Heights: Just off the corner of Bush and Fillmore, Wine Jar was scheduled to open this past Saturday, though frankly, it's unclear whether it was a grand or soft opening, so if anyone stopped by SPQR's de facto waiting room, do let us know. Wine Jar, as we've mentioned before, is Kamran Shirazi's cozy wine bar/small plates lounge in the old Trio Cafe space, and the interior shot above speaks for itself: a small, trendy room with leather high chairs and a sleek bar. Wine bar placement: spot on. 1870 Fillmore Street, between Bush St & Sutter St, (415) 931-2924 [Eater Staff]

UPDATE 1:20—Wine Jar did indeed open this past weekend and going forward, will be open regularly Tuesday through Sunday.