Share All sharing options for: EaterWire: Chef Shuffle at Kabuki Kitchen and MORE!

All news fit to run goes in EaterWire. Your sightings and dirt to the tipline, please. 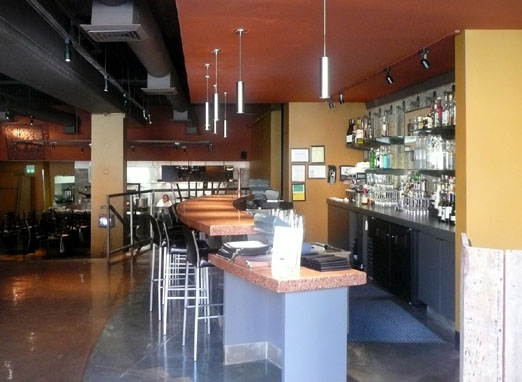 FILLMORE/JAPANTOWN—On the eve of the three-month anniversary of the new Kabuki Cinema and the overhauled Kabuki Kitchen comes word that the place is in the midst of a mini-revamp. Opening executive chef Vincent Schofield is gone—we heard he got a gig in Atlanta?—and taking his place are Mark Lackie and Ryan McDonald, who have already ditched Schofield's Mediterranean concept in favor of a more French-centric menu that will evolve as they settle in. And they may be involved in some shilling. [EaterWire]

NOE VALLEY—Team Curbed uncovered a relic of San Francisco past yesterday, and now, another olde time sign has been discovered, this time in the Noe Valley building that is going to house that Vietnamese/fusion restaurant from the Regency Thai owners. The Noe Valley Voice (third item) has more on the building, which was a speakeasy during the '20s. [SFist, NVV]

EAST BAY—Following her departure from Sens, Shuna Lydon has landed herself a consulting gig and on her blog, she points out the number of restaurants that keep popping up everywhere: "Every few minutes a restaurant is born. Or at least thought about being born ... And yet when will restaurants stop? They proliferate like salmon. When will too many be enough?" Salmon: probably not the greatest analogy about now. [Eggbeater]