Share All sharing options for: The Shutter: The Public, California Street Cafe

At times, restaurants not in the direct vicinity of Yoshi's close too. All closure notices come via The Shutter. Kindly report all failures to sf@eater.com 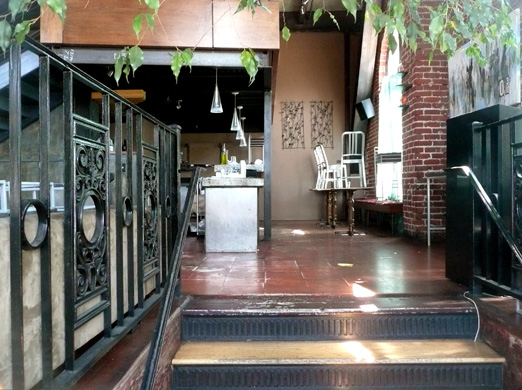 1) SoMa: About a month after it was sold to make way for Basil Canteen, The Public will close tonight, probably a good thing considering chairs upright on tables (above) isn't very appetizing. Even though The Public had its fans, we're thinking that the era of the "Resto-Lounge" has passed and most would rather see new blood in the historic Jackson Brewery Building. Can Basil Canteen succeed there? [ShutterWire, previously]

2) Nob Hill: The no man's land between Nob Hill proper and Polk Street strikes again with the shuttering of California Street Cafe at the corner of California and Hyde. Other possible culprits may or may not include unremarkable atmosphere, subpar food and the failed conversion from hookah bar to pizzeria. [ShutterWire]