It's finally Friday, and that means it's time to check in with our sister site and friendly neighborhood blog, Curbed SF. 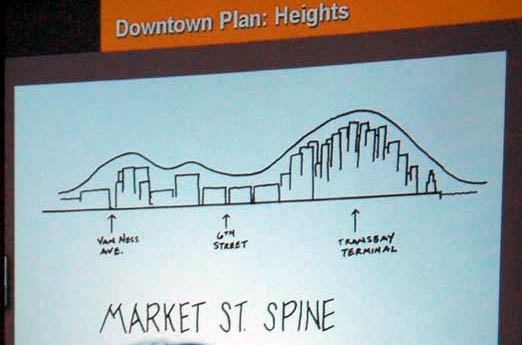 1) Team Curbed crashed a meeting where everyone was up in arms about the Transbay Terminal Tower, not because it is a "blandly derivative dildo," but because people who live in this foggy city fear the building will cast shadows, and the last thing we want is a shady Sixth Street area.
2) The Supes broke protocol and actually overturned the Mission's chain store ban to allow a paint store to set up shop on South Van Ness. Next up, Pinkberry (note: non-fact).
3) The Castro finally gets its long-awaited Washington Mutual and Levi's outposts! ... Oh.
4) On Folsom, unsightly billboards from the 1950s somehow led to fines. Exorbitant, $50K fines.