It's Friday afternoon, and time to check in on the past week's happenings at our sister site and friendly neighborhood blog, Curbed SF. 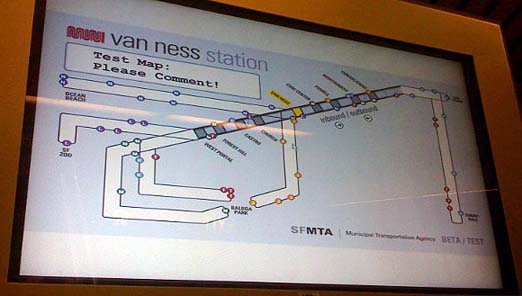 1) MUNI reveals a new test map, asks for comments, comments very much received.
2) Tons of details were released for the Berkeley Art Museum. It's due in 2013, designed by Japan's Toyo Ito and looks like an egg carton you'd buy in the MoMA store.
3) Speaking of upcoming museums, the "Will They? Won't They" dance continues for the controversial CAMP project. People can be very protective of the Presidio, which is ironic.
4) If The Heights were a house for sale, it would be this one.