The rare slice in time when a report of a closure coincides with news of the space's future resident? It's something we like to call Shutterwood; this is one of those times. 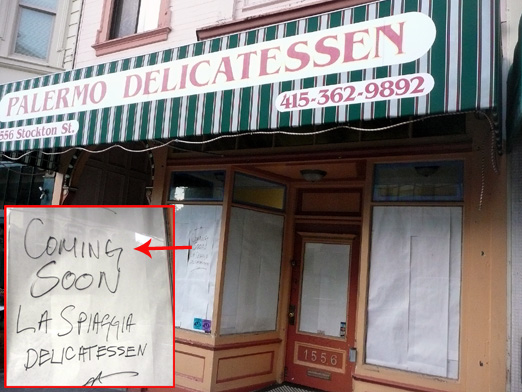 North Beach: In an instant, Palermo Delicatessen shuttered over the weekend, and scribbled signs proclaiming the imminent arrival of La Spiaggia have been erected. The move is puzzling, since Palermo has always seemingly been engaged in the rivalry for neighborhood Italian deli supremacy with Molinari (no surprises as to who won that battle), but whatever the reason, North Beach gets another empty storefront, at least for the time being.