Have something fit for EaterWire? The tipline is ready and waiting. 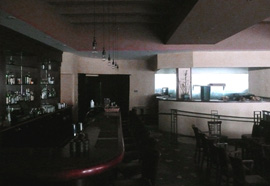 FINANCIAL DISTRICT—The comeback of Myth's Sean O'Brien will take place at the old Scott Howard space, according to this week's Inside Scoop: "O'Brien and his wife, Patricia Hughes-O'Brien, bought the inventory, lock, stock and barrel, from Howard, who closed his eponymous restaurant in March. The couple is working out the final details of the lease with the building's owner and hopes to open Zinnia (named for the flower) by fall." The menu will reportedly include many of the Myth sig dishes. Happy endings all-around indeed, at least for this chapter. [Chron]

THE HAIGHT—The next change at the "new" Magnolia will bring outdoor tables to the corner of Haight and Masonic. Five tables and ten seats is the plan. In other Magnolia news, tonight is the first of $3 Tuesdays: all pints are $3 until August. [EaterWire]

TAHOE—Along with Joseph Keller and other assorted chefs and sommeliers, Top Chef winner Stephanie will spend a weekend up in the mountains and you too can join her: "Chef and restaurateur Stephanie Izard, the winner of the fourth season of Bravo TV's Top Chef, recently signed on to host a cooking seminar at the 23rd Annual Lake Tahoe Autumn Food and Wine Festival, scheduled for September 5-7 in the outdoors at the new Village at Northstar." [BusinessWire]