We haven't really been following this season of The Next Food Network Star (has anyone?), but we're fairly certain it's not a good thing when the Food Network's website accidentally posts the two losers' exit interviews and the winner's "winning moment" a full three days before Sunday night's season finale. The revealing videos have obviously since been removed from the site, but the colossal error is done, the winner revealed. Fortunately, Food Network has an explanation:

As the Mothership points out, what else can FN say? "Hey, sorry we ruined it. Hope you watch anyway!" But the big question: who got the prized title of the next, uh, Guy Fieri? Here's the evidence: 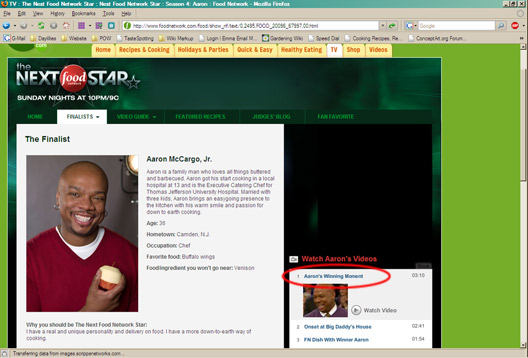