Adventures in Shilling: How Not to Shill on the Internets

Share All sharing options for: Adventures in Shilling: How Not to Shill on the Internets

Today, we take a step back from our regular Adventures in Shilling series to present a special edition: Lessons in Shilling. Buckle up. As always, you too can help fight shills. 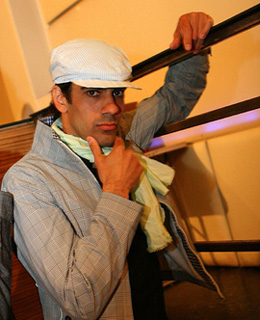 With all this brouhaha over Yelp's deletion of blatant shills, more and more business owners are going to the press and speaking out about the censorship practices of Yelp demigod Jeremy Stoppelman (gratuitously pictured in matching scarf and hat ensemble; photo via Flickr). The things we don't understand about these scorned Yelpers though, is a) why the shillers are so upset about shills being deleted and b) why they are telling the world they've had "suspicious "reviews deleted. Shills are the type of thing you want to keep quiet, no?

Kellinger says he can explain. His wife keeps a laptop at the store and sometimes asks customers if they'd like to write a Yelp review. The favorable reviews removed by Yelp were all written at the store, which would be evident to Yelp because all three originated from the same Internet address. And yes, Kellinger says, he wrote the negative review of Yelp at the store, too.

Seems like an awfully convenient excuse, no? Perhaps it's genuine, but even if the reasoning is legit, the laptop setup is still a shill-like operation by our standards. Thus, we're putting the Shill Probability at a solid 93%.
· Yelp dispute serves as a reminder of Web's complicated nature [SJMN]
· Adventures in Shilling: The Full Archives [~ESF~]