Have a tip for EaterWire? The Eater Hotline is always ready and waiting. 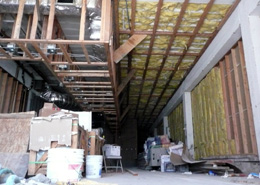 PAC HEIGHTS—After an appearance in today's Plywood Report, a few more items of note regarding the long-awaited Charles Phan outpost on Bush Street: According to sources, the date is now early 2009, mostly because the projects at the Academy of Sciences and SoMa Grand are taking priority at the moment. And we're also hearing that the concept may not necessarily be another Out the Door branch. He's a busy, busy man. [EaterWire]

LOS ANGELES—The Mission's cult favorite Blowfish Sushi to Die For remains a hot ticket on Bryant Street—OpenTable tells us 6pm or 10pm tonight—but down south, not so much: Blowfish's West Hollywood experiment is officially shuttered, but they're trying to make a new LA location work nonetheless. [~ELA~]

MENDOCINO—The second locally-made absinthe should arrive this fall: "Crispin Cain, who helped distill Germain-Robin brandy for years, says he has federal approval for his own absinthe formula and should have a label OKd by October. Crispin's Superieure, a white absinthe, would join St. George Spirits' Absinthe Verte, produced in Alameda, as what appears to be the second commercial absinthe made in the state." [Chron]