Have a tip for EaterWire? Operators work weekends 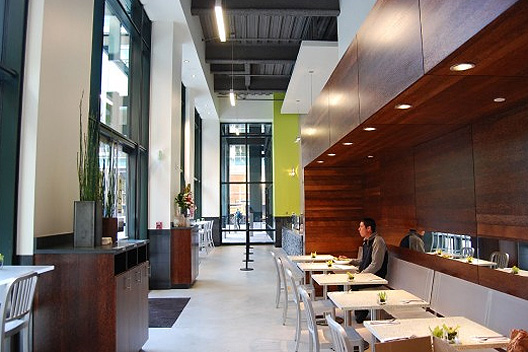 SALAD EMPIRES—Here in SF, Mixt Greens has proven pretty successful with its three locations, and now the mini-chain is going to expand in an aggressive way: Mixt Greens will more than double its locations by opening four new locations in Washington DC in the first half of 2010. Also, one of the San Francisco now apparently has a prototype of a "edible living wall" garden. [WaPo]

SAN FRANCISCO—Tsk tsk: six weeks after the compost law was passed, Subway and Burger King are still having trouble with complying. But it's not because of any resistance, but rather, per the Appeal, a lack of "educational and technical resources to do so." [SFA]

THE MISSION—The Quotidian has a nice 13-minute video/documentary of Mission Food Street in which they take a behind-the-scenes look at MSF and how more restaurants might take the charitable business route. [Quotidian]