Naming The Single Best Meals of the Year

Share All sharing options for: Naming The Single Best Meals of the Year

As is the tradition at Eater, our closeout of the year is a survey of industry types, writers, and readers. This year, we asked the group eight questions, from Best Newcomers to Top Standbys. All will be answered by the time we turn off the lights on Thursday. Responses are related in no particular order; all are cut, pasted and unedited herein: 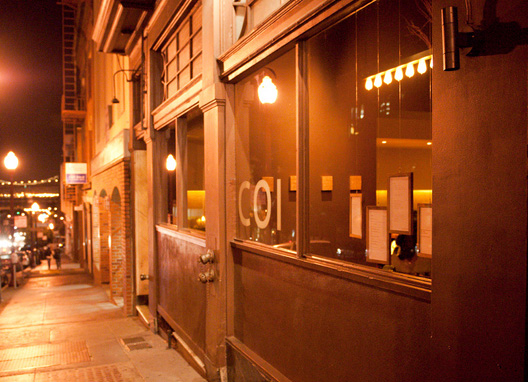 Thomas Keller, Lord of Yountville: Instead of single best meal I can tell you my single best dish of 2009: the fusilli pasta with baby octopus, bone marrow and tomato from Marea in NYC. I’ve had it several times this year and it is just sublime.

Jessica Battilana, 7x7: A loaded question, of course. I had a great meal at Restaurant Eloise (RIP) in the late spring. Asparagus with gribiche sauce, rabbit pasta and a variation on choucroute garni. And babas au rhum for dessert with a bowl of freshly whipped cream. It was subtle and smart food, and I mourn that restaurant’s closure big time.

Jan Newberry, San Francisco Magazine: Yakitori at Sumika in Los Altos. If it were closer to home, I'd eat there once a week.

Brett Emerson, Contigo: Elan and I don't get out much, as our baby restaurant needs a lot of attention. Still, we've had some amazing meals this year. We are having a tough time deciding between between our opulent truffle and porcini filled dinner last month at the new Quince and a perfect dinner at Coi in February a couple of weeks before we opened Contigo. We'll call it a draw.

Sarah Sung, UrbanDaddy: Wild Game Week dinner--Sitka deer, antelope and frog legs paella--at the Big 4. And the old-school decor compels you to start with a martini.

Lissa Doumani, Terra/Ame: ?Our meal at Asador Etxebarri in the San Sebastian area of Spain. We had probably the best Gamba (Large Shrimp) ever there, lightly cooked over coal, just beautiful. When stepping away from the table for a minute I mentioned to Hiro [Sone] that it was so good I could have it again. When I returned to the table the next course was a Gamba! Life can be perfect. There is also this amazing beef in San Sebastian area called Bouy, it is an older steer that is well marbled and the fat is actually yellow! It is so rich and minerally in flavor, doesn’t seem to matter what the cut. We had a steak at Asador Etxebarri and another place almost a flank cut, both delicious.

James Oseland, Saveur: Easy. The meal that was served on the last episode of Top Chef Masters, season 1, where cheftestants Rick Bayless, Michael Chiarello, and Hubert Keller cooked up their culinary biographies in four amazing courses. From Bayless’s barbecued quail to Keller’s baekehoffe, memories of this oh-my-God meal continue to be the stuff of my culinary wet dreams.

Nish Nadaraja, Yelp: The experience that is Fleur de Lys.

Lucchesi: Manresa and Momofuku Ko. For different reasons, the last night of Postrio was pretty alive too, with Wolfgang, Bauer and all the alumni there. Also memorable: Commis, the Leg of Beast dinner at Incanto, and the Dining Room at the Ritz (insanely stuffy atmosphere yes, but there's a distinct possibility that Ron Siegel has somehow become underrated).

Do feel free to add yours in the comments.