Have a juicy tidbit for EaterWire? The tip jar awaits. 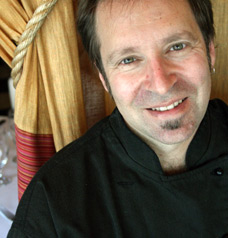 OAKLAND—Over in Jack London Square, tonight marks the debut for Encuentro, the new tapas cafe and wine bar from Millennium chef Eric Tucker. A sample menu is up online, and more details in the Eater Archives. 202 Second Street, at Jackson; 510-832-9463, website [EaterWire]

HAYES VALLEY—Both SFoodie and SFist note that a ramen truck is apparently set to roll out this weekend. It's called Shirohige Ramen-Ya and according to its Twitter feed, will be on Laguna and Hayes from 11AM to 9PM both days. [Twitter]