Smuggler's Cove isn't the only newcomer so far this week. As always, send your sightings of any and all hot new openings to sf@eater.com. 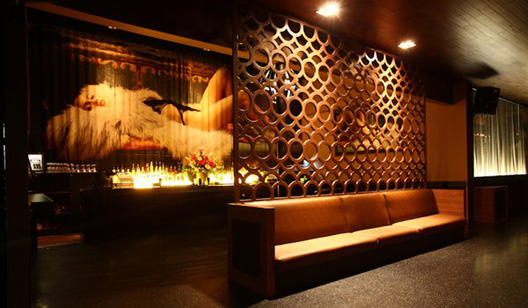 1) Bernal Heights: Sandbox Bakery has been making some noise this week. Opened yesterday, the combination French bakery/Japanese deli is the brainchild of Mutsumi Takehara, who boasts quite the resume: she worked at Chez Panisse, then Rubicon, and for the last decade, Slanted Door. 833 Cortland Avenue, between Ellsworth and Gates; 415-642-8580, website [EaterWire]

2) SoMa: Down in Clubland, Manor West rolled out last Thursday and proceeded to notch its first full weekend on the scene. The focal point of the plush room—it's the old Boss space—is the giant photo installation of a lady in fur. In case there's any confusion, pictured above is Manor West, not Sandbox Bakery. 750 Harrison Street, between Third and Fourth; 415-240-7558, website [EaterWire]

3) Polk Gulch: A new sushi joint is up and running on the Polk corridor by the name of Yamasho. It serves food until 1:30AM, but the bigger news is that, according to a Yelp review, there are about ten private, themed karaoke rooms downstairs that allow booze too. 1161 Post Street, between Polk and Van Ness; 415-346-2222 [EaterWire]

4) North Beach: Plywood vet Don Pisto's had a soft opening over the weekend, offering $3 tacos and such to the neighborhood crowd, late night included. Word on the street is that the soft opening will continue next weekend too; stay tuned for details on a proper launch. 510 Union Street, near Grant; website [EaterWire]