January was tough, but it's not all dark clouds and sad puppies. If the first few days are an indication, the new month should bring a number of new openings for The Dish; as always, let us know if you spot one we've missed. 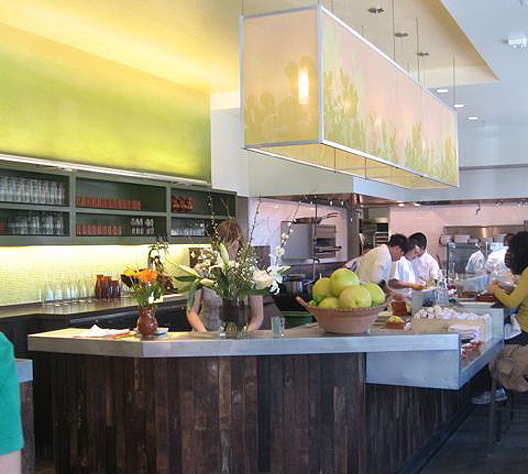 1) Western Addition: Still on track to open tonight is Nopa's long-awaited spinoff Nopalito. It's in the Falletti's Plaza complex on Broderick (just a hop away from its big sis), lunch service is still en route, Abueg Morris Architects designed the space, and as mentioned earlier, 40 seats are scattered between the interior and patio area. 306 Broderick Street, between Oak and Fell; (415) 437-0303; website [EaterWire]

2) Yountville: The newest addition to the Yountville dining scene arrives today. Bardessono bills itself as the country's greenest luxury hotel, and the 92-seat restaurant and bar (open to the public) within matches its environs with a hyper-sustainable menu by Mina/Tusk vet Sean O'Toole that is meant to read "like an encyclopedia of Northern California's natural resources" (see it here here). We'll refer you to the Cork Board for some visuals. 6526 Yount Street, Yountville; (707) 204 6000; website [EaterWire]

3) Embarcadero: Just in case you missed it on Twitter, Pier 23 Cafe reemerged from its annual hibernation, right on schedule this past weekend. Pier 23, on the dock of the Bay; (415) 362-5125; website [EaterWire]

4) South Bay: Via Thrillist and Serious Eats comes word of a noteworthy BBQ operation at a car wash down in Mountain View called Harold's Ribs: "Seven days a week, the 63-year-old Willis sets up shop in front of the highly-trafficked car wash on El Camino Real. He smokes the ribs in his truck around the corner before finishing them on the grill—cutting the soapy car wash air with a rich, meaty smell." At Lozano's Car Wash, 2690 West El Camino Real, Mountain View; (650) 941-0590 [SE]