The Dish: Altano in Hayes Valley, Pican in Oakland, More!

Share All sharing options for: The Dish: Altano in Hayes Valley, Pican in Oakland, More!

So many openings, so little time. If you spot a newcomer we've missed, let us know. 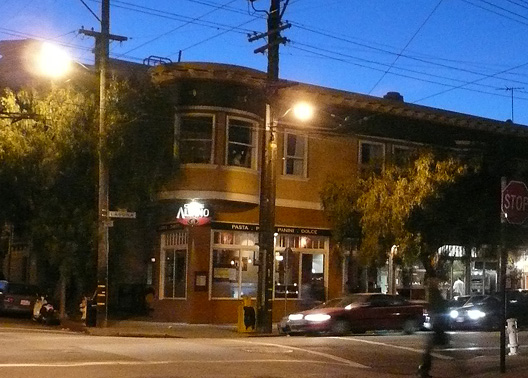 1) Hayes Valley: In the former Modern Tea space on the corner of Hayes and Laguna, Cafe Altano (pictured) made its debut last night. It's a casual Italian eatery offering pizzas, sandwiches, pastas and the like. 602 Hayes Street, at Laguna; (415) 252-1200 [EaterWire]

2) Oakland: With all due respect to the above, the big opening of the week takes place today across the Bay in Oakland's booming Uptown neighborhood with Pican. The massive 5,600-square-foot restaurant specializes in contemporary southern cuisine, and is the brainchild of owner Michael LeBlanc and chef Dean Dupuis. The bar boasts the largest selection of bourbon in the Bay, and fittingly, a 30-foot bar is one of the central elements of the "French Quarter with a contemporary edge" design by Tonya Bellusci. Bonus: Thrillist has a peek at the menu. 2295 Broadway, at 23rd; (510) 834-1000; website [EaterWire]

3) The Mission: Over the weekend, Morak Lounge—aka the hookah spinoff of Pork Store—was open. For now, the plan is to open the bar/lounge on weekends only, starting at 8pm. Stay tuned if/when extended hours come into play. 3126 16th Street, between Valencia and Guerrero; (415) 626-5523 [EaterWire]