So many openings, so little time. If we've missed a newcomer, do let us know. 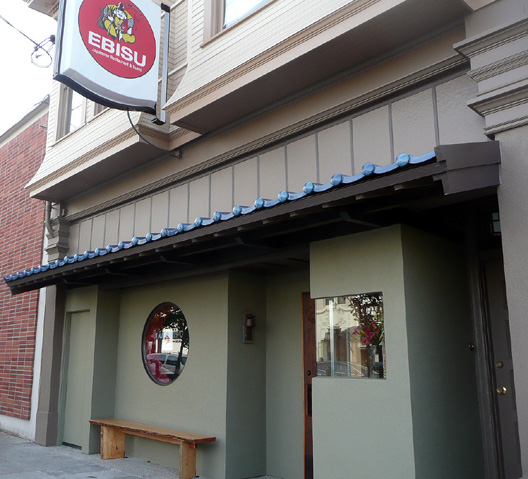 1) Inner Sunset: Making its long-awaited—and slightly delayed—return today after an extensive winter remodel is Ebisu. The entire interior has a different look, complete with a shiny new sushi, and there's a mostly-new menu too. Next up for Team Ebisu: getting that downtown location at 336 Kearny off the ground. 1283 Ninth Avenue, between Irving and Lincoln; (415) 566-1770; website [EaterWire]

3) Tendernob: Speaking of Blue Bottle, plywood vet Farm:Table is open. It's a coffeeshop run by a few onetime Blue Bottle staffers, but there's no BB. In its place is Verve Coffee, which is apparently a microroaster from Santa Cruz. 754 Post Street, between Jones and Leavenworth; (415) 292-7089 [EaterWire]

5) Half Moon Bay: Another restaurant that has reemerged from its winter hibernation is Cetrella in Half Moon Bay. Sylvain Montassier is the new executive chef, and he has worked at Boulevard here in the city and over in Chicago, at Alinea and Tru. 845 Main Street, Half Moon Bay; (650) 726-4090; website [EaterWire]

6) Berkeley: The supergreen Brower Center opened in Berkeley this weekend, and included in scheduled for the envirofun is an organic restaurant called Terrain, which you'll recall is "a place where the experience is so positive and remarkable you will return to it time and time again." 2150 Allston Way, Berkeley; (510) 809-0900; website Correction: the restaurant itself is not open yet. [EaterWire]