So many openings, so little time. Did we miss something? Let us know. 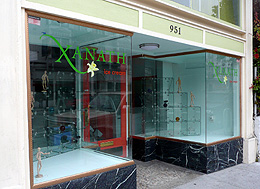 1) The Mission: Yet another ice cream shop in the Mission has opened. Plywood vet Xanath specializes in its namesake Mexican vanilla bean flavor, but other housemade flavors include saffron, espresso and various berries. Early reviews are encouraging, but the neighborhood incumbents—Bi Rite, Slocombe, Mitchell's—have set the bar mighty high. 951 Valencia Street, between 20th and 21st; (415) 648-8996 [EaterWire]

2) The Richmond: The second branch of Outer Richmond Burmese gem Pagan is open, this time on the other side of the neighborhood in the old Eva's Hawaiian space. The only difference between the two locations is that the new one has no Thai options. And yes, this move does put them in Superstar territory (ok, Mandalay too). 731 Clement Street, between 8th and 9th; (415) 221-3888; website [EaterWire]

3) The Richmond: Speaking of sequels on that side of town, Pho Clement #2 recently debuted too. As you can surmise from the name, it's the second location of Pho Clement, but kindly note that this one is not actually on Clement. 5423 Geary Blvd, between 18th and 19th; (415) 876-2828 [EaterWire]