Have a tip fit for EaterWire? Let us know. 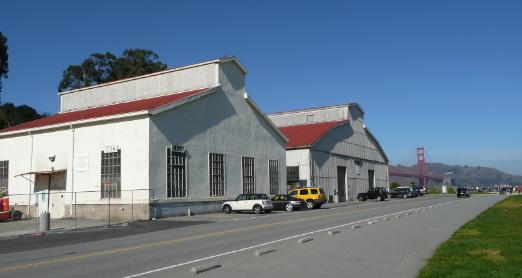 THE PRESIDIO—Wine guy Jon Bonne reports that the plans for Foggy Bridge, the urban winery supposed to be built in the warehouses next to Crissy Field (pictured), are officially dead in the water. Suffice to say, Roland Passot's Left Bank Brasserie, which was part of the project too, is not happening either. [Cellarist]

PAC HEIGHTS—And the gyre keeps widening. Via @tablehopper: "this just in: ends up chris behr will not be taking the helm at spqr. he's resigned, plus hugh, paul, justin." [Twitter, previously]

THE MISSION—Per the Weekly, the expansion at Dynano Donuts is finally complete...ish. At this point, the outdoor garden is still a no-go, but there are 20-30 seats in the donut shop's indoor area. [SFW]

SOUTHERN CALIFORNIA—A nine-year-old boy/possible future diabetic gets a curious prize for being a hero: "But just one Slurpee coupon does not suffice for the greatness of the deed Max de la Rosa, 9, performed last month. 7-Eleven awarded the Orange County boy a year-long supply of Slurpees for being a hero." Good ol' LA. [OCR]