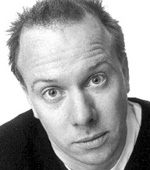 In the wake of yesterday's Sam Sifton coronation, there's been all kinds of fascinating discussion on critics and media, but given the Chron's regular non-Bauer reviews (plus Contigo and Orson, most notably), Times dining editor Pete Wells' immediate rejection of having multiple critics is most relevant to the Bay Area. Wells insists that having a solo voice is the only way for the star system to be decipherable: "Every critic awards stars a little differently, and if we had two critics using their own interpretation of the stars simultaneously, it would lead to considerable confusion for restaurants and readers." [NYT]