Baume Debuts in Palo Alto, Plus Lots of SF Newcomers

Share All sharing options for: Baume Debuts in Palo Alto, Plus Lots of SF Newcomers 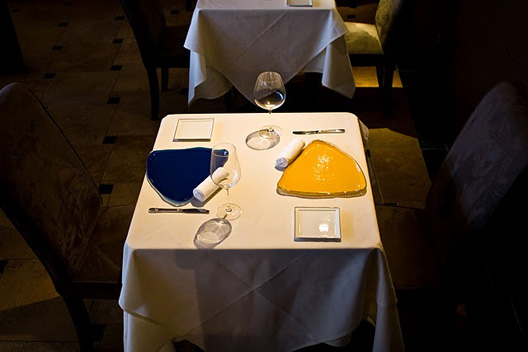 1) The Peninsula: Today marks the launch of Bruno Chemel's solo project, Baume. Chemel made headlines in December with the messy split from Michelin-starred Chez TJ, and now, he's ready to showcase his "signature molecular gastronomy" in a new 22-seater in Palo Alto. The restaurant is named after French chemist Antoine Baume, and is aiming high: the only options are five courses for $78, 10 for $108 and 15 for $148. Should be interesting to see how the challenging menu fares down in the 'burbs. 201 S. California Avenue, Palo Alto; 650-328-8899, website [EaterWire]

2) Berkeley: Plans of the move came out way back in Summer 2008, but Vik's Chaat Corner has finally moved to its bigger space two blocks south. Food-wise, it's pretty much the same deal, though an expanded menu is a possibility going forward. 2390 Fourth Street, Berkeley; (510) 644-4432, website [EaterWire]

And now, more Indian places that are popping up:

6) Danville: The fifth branch of Carlos Santana's increasingly-ubiquitous chain, Maria Maria, has opened, as seen in a puffy piece in the Chron today. But do note that profits from his restaurants are donated to charity, so that's one reason to check them out. Santana and Danville, together at last. 710 Camino Ramon Road, Danville; (925) 820-2366, website [EaterWire]