Share All sharing options for: Dosa on Fillmore Celebrity Rush 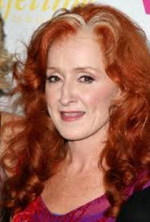 Sacha Dhawan of NBC's Outsourced popped into Dosa over the weekend, and now we learn Bonnie Raitt showed up at the Fillmore Street location on Sunday night. According to owner Anjan Mitra and the ever-reliable Facebook, she had the tamil vegetable curry, coconut rice and a spicy mung dosa -- all of which jived just fine with her gluten allergy. Two of the servers on duty say she was "a complete class act...signed autographs, took pictures, and was so gracious and lovely to everyone in the restaurant." Ms. Raitt headed off to a guest appearance at Yoshi's after dinner. [EaterWire, Facebook]