As is the tradition at Eater, our closeout of the year is a survey of friends, industry types and bloggers. This year, we asked the group eight questions, from Meal of the Year to Top Standbys. Top Newcomers and Top Standbys, 2010 In A Word, Best Restaurant Neighborhood, Biggest Dining Surprise, Best Meal of 2010 and Restaurant Breakups have already dropped. And now we answer our final question just before the New Year holiday commences. The answers here are in no particular order; all responses cut, pasted and unedited: 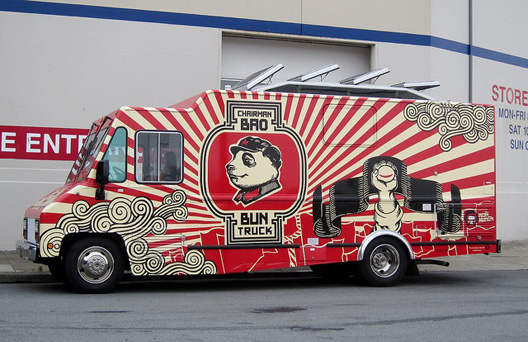 Karen Palmer, editor Daily Candy SF: "After A Year-Plus of Saturation, Food Media Banned From Using Phrase 'Figs on a Plate' Ever Again (After This Story)"

Brock Keeling, editor SFist: Food is dead; long live the restaurant. 2011 will be about the holistic experience, not just a sustainable pig toe.

Kevin Blum, founder SF City Dish: SF Restaurant Are No Longer Allowed to Use the Words "Local, Sustainable, and Organic."

Stuart Schuffman, Broke-Ass Stuart: “San Francisco: the city that talks with it’s mouth full” – Take that for what you will.

Katie Sweeney, editor YumSugar: Dining as an experience: It’s all about the people you're with and whom you connect with while you’re eating in 2011.

Steven Oliver, Nob Hill Gazette Taste writer, restaurant social media consultant, California sales director for Combier liquers: "Corporate Goes Shopping At The Farm" I think that even though there will always be the ongoing arm wrestling battle between San Francisco and New York of who is better, many of the largescale food operations are sitting by and making changes. Establishments like Paul Martin's offering a farm to table menu in a chain environment. The restructuring of Houston's into more of a local point of interest name and menu format. Even as far as recent news making headlines like chef Nate Appleman who has joined on with Chipotle Mexican Grill in a working partnership to exchange and share knowledge of how to improve upon a fresher presentation to the consumer. Not to be left out would be corporate dining rooms who are bringing in well-reviewed restaurant chefs, example local favorite Robbie Lewis, to operate their employee meal offerings. Of course there are also The Food Network and Bravo TV personalities who endorse products for advertising but they are still sending the message of eating healthier and supporting local farms. Yes, its easy to play the cynical card from the game table of SF and NY, but honestly the average consumer operates on a much slower basis wherein food knowledge training takes time and effort, slowly it is happening. Yes Virginia, there is a farm and that is where we get our food from...