Share All sharing options for: Experts Reveal Their Biggest Restaurant Breakups of 2010

As is the tradition at Eater, our closeout of the year is a survey of friends, industry types and bloggers. This year, we asked the group eight questions, from Meal of the Year to Top Standbys. Top Newcomers and Top Standbys, 2010 In A Word, Best Dining Neighborhood, Biggest Dining Surprise and Best Meal of 2010 have already dropped. And all will be answered by the time we turn off the lights on Thursday afternoon. The answers here are in no particular order; all responses cut, pasted and unedited: 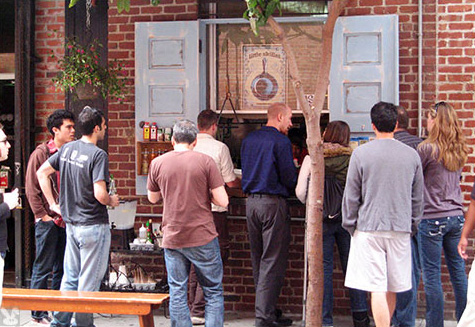 Virginia Miller, The Perfect Spot SF: I am over multiple openings of the same restaurant or a dinner costing a few hundred for, yes, a great meal, but not superior to many at a fraction of the price (e.g. Benu).

Kevin Blum, founder SF City Dish: Can't answer this one. Don't want to get in trouble.

Michele Mandell, publicist: Restaurants tend to go in and out of my rotation, often with no rhyme or reason. There are so many good places, it's easy to get distracted. Incanto is one of my favorites, and I went a fair bit earlier in the year, but I haven't been in a while. I recently went to Mission Beach Café and was reminded how much I love it. I had almost forgotten about it. There is so much "noise" out there that it can be tough for a restaurant to stay top of mind. This is something I know a little bit about. ;) I did stop going to Fish & Farm when Chad Newton left. It wasn't a conscious decision, but I wasn't drawn to it in the same way. It's challenging for a new chef to fill the shoes of a celebrated chef who's departed after being the "face" of the restaurant. But come to think of it, Chad wasn't Fish & Farm's opening chef. Conclusion: Successor chefs deserve a fair shake.

Carolyn Jung, Food Gal: None come to mind, except for the ones that closed.

Josh Sens, restaurant critic, San Francisco magazine: No. But I'm inclined to have a weepy late-night chat with Pizzaiolo about its price to portion ratio, especially in the salad department.

Sara Deseran, senior editor 7x7: No where specific but I'm breaking up with baristas and bartenders and butchers and chefs and anyone else who throws down attitude like I should be humbled by their awesome moves. Foodie/drinkie righteousness at the sake of hospitality. Over it. Thank you Peter Meehan for putting it so well with such great humor.

Katie Sweeney, editor YumSugar: Uva Enoteca. The competition in the Lower Haight got a bit too fierce and Uva lost its place as my go-to for out of town friends

Scott Hocker, Tasting Table SF: None I can think of. If a restaurant isn't good to begin with, I ain't going to get close enough to them to warrant a break up later.