The Latest from the Industry Twitterati

Share All sharing options for: The Latest from the Industry Twitterati

It's time for the latest edition of A Moveable Tweet, wherein we take a look at the most memorable tweets from local and national restaurant figures.

Nothing like knocking pretension after a looong lunch in Italy: 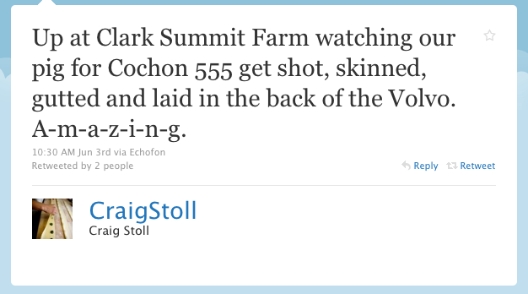 Quizno's and Ike's creations don't even warrant the full "sandwich" from Scott Hocker : 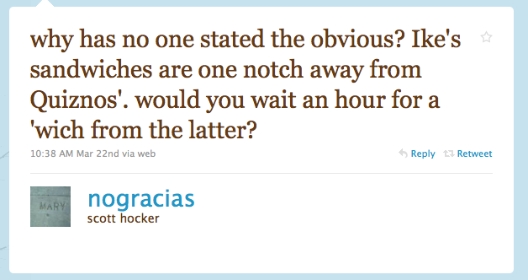 We wonder what the pirate fed these women at Lafitte?

And finally, Daniel Patterson has a come-to-Jesus moment about "messaging" used as a noun: 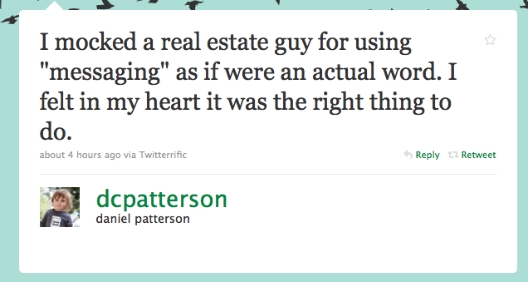 And then his own personal publicist and "messaging guru" tweets back immediately: 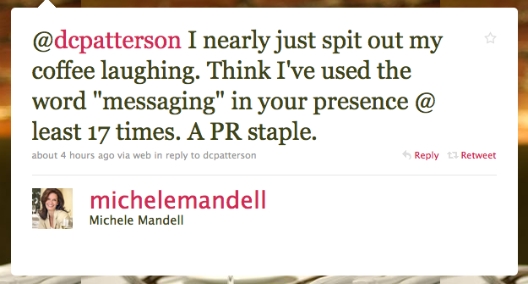 But it turns out they're both anti-marketing speak:
@michelemandell: ha! It sounded much worse in real estate dialect.
@dcpatterson Lil' secret: I've grown to hate the word, too. I needed a laugh like that. I'm spent. If I smoked, I'd need a cigarette.