In an attempt to heighten your Friday bliss, we're offering a handy roundup of this week's notable and semi-notable openings. In no particular order: 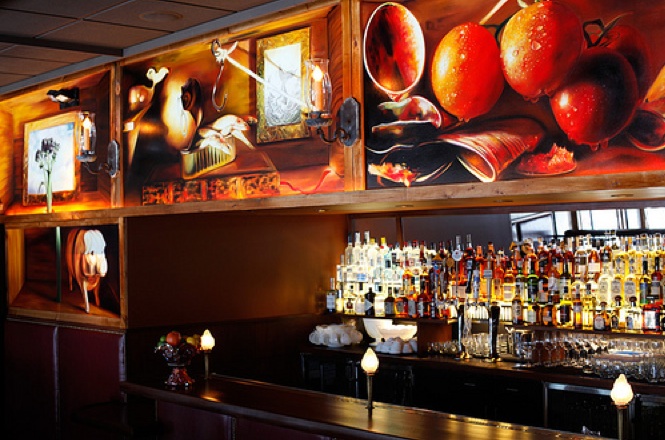 SOMA - We had a spy at the highly publicized opening of Zero Zero on Wednesday, and every nook and cranny on both floors was just packed to the gills with folk slamming pizzas and wine on-tap. Keep in mind, the menu here has non-pizza items as well, including pasta, bruschetta, salads and even crudos and charcuterie. [EaterWire]

POTRERO HILL - Jocelyn Bulow confirmed with us this morning that his foray into taqueria-dom, Papito will officially open tonight at 5:30 p.m. And this is sustainably sourced, organic Mexican fare, mind you. [EaterWire]

PACIFIC HEIGHTS - An exciting weekend is ahead for Lori Baker and Jeff Banker as the bakery next to their restaurant Baker & Banker is opening on Sunday. We mentioned the important details back in March, and now you can't argue with a bakery selling chocolate salted caramel cupcakes, brownies, blondies and brisket on challah. [EaterWire]

WESTERN ADDITION - Earlier this week Ms. Hopper dished on this new taqueria called El Rancho Grande. Sounds like the price is right and they've even gone so far as to offer a Philly cheesesteak. [Tablehopper]

SOMA - You could say Spire completed the opening process this week as well with the unleashing of dinner service yesterday. [EaterWire]

ALBANY - According to Ms. Hopper again, Little Star soft-opened its third location in Albany on Thursday. This one will eventually have outdoor seating too. [Tablehopper]

WINE COUNTRY - Also now open is Francis Ford Coppola's restaurant Rustic Francis' Favorites; and thank you Lucchesi at the Chron for the news that it's really just called Rustic, because that punctuation was killing us. And by the way, did you know that Coppola's North Beach restaurant has the "best Neapolitan pizza in San Francisco?" Because we didn't. [ISSF]

As always, Eater HQ is poised to receive your early reports on all of the above. Feel free to send us your thoughts , or drop a few words in the comments section here.