Friends of Eater Recall Their Single Best Meals of 2011

Share All sharing options for: Friends of Eater Recall Their Single Best Meals of 2011

As is the tradition at Eater, our closeout of the year is a survey of friends, industry types, bloggers, and readers to get a read on the highlights and lowlights of the last year of eating in San Francisco. We've already covered Best Standbys, Top Newcomers, Best Dining Neighborhood, 2011 in One Word, and Biggest Dining Suprises. Now it's time for everyone to tell us about the best meal they ate in 2011. Readers, please add your thoughts to the comments. 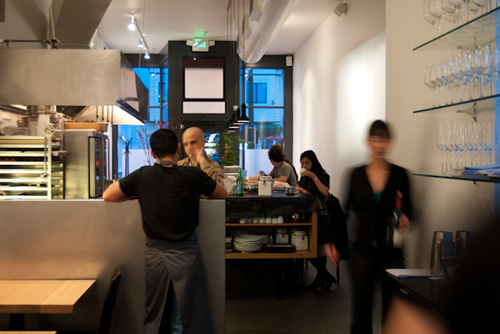 Paolo Lucchesi, San Francisco Chronicle Inside Scoop: With all due respect to the Michelin-starred places and such, my most memorable meals were 1) triumphing over airport food by eating a Torrisi sandwich on the way back to SFO, 2) early morning breakfast at Fremont Diner, 3) having to wait 45 minutes for a table at a Vegas restaurant because Mike Tyson took our table because he's Mike Tyson, and 4) sitting a few seats down from Willie Mays during spring training. I don't remember what was eaten, but I'll never forget that smile and nod.

Brock Keeling, editor SFist: Thanksgiving dinner in SF where we rebuffed turkey and instead served two Zuni chickens. And then I blacked out.

Virginia Miller, food and drink correspondent, SF Bay Guardian: Ah, always tough to limit to one. There was an unforgettable meal cooked by Michael Tusk of Quince at the Quintessa winemaker's home (truffle tortelonni!), or the Kitchit dinner cooked in a SoMa loft by Christopher Kostow of Meadowood. On the fine dining front, Baume (in Palo Alto) did it again, but this year the food is even better and more inventive than last year (though prices have increased to match). Eating fresh fish along the coast of southern Ireland at Fishy Fishy stands strong in my memory, as does beef tartare with bottles of wine, laughter and deep conversation in Bordeaux on a September night.

Carolyn Jung, Food Gal: Aziza. No one does Moroccan food like Mourad Lahlou. His food dazzles and thrills.

Amy Sherman, Cooking with Amy: Probably Commis this past September

Sara Deseran, senior editor 7x7: If tequila doesn't count, then albondigas with a side of tortillas at Tacolicious in the Mission on opening night. I'm a very proud wife.

Stuart Schuffman, Broke-Ass Stuart: I was on the road all year, so many of my best meals took place out of SF. Off the top of my head, one was a lobster sandwich in Cambridge, Mass and the other was homemade gumbo way out in the sticks neat Lafayette, Louisiana.