Share All sharing options for: Friends of Eater Offer Headline Predictions for 2012

As is the tradition at Eater, our closeout of the year is a survey of friends, industry types, bloggers, and readers to get a read on the highlights and lowlights of the last year of eating in San Francisco. We've already covered Best Standbys, Top Newcomers, Best Dining Neighborhood, 2011 in One Word, Biggest Dining Suprises, Single Best Meals, and Restaurant Breakups. Now it's time for big 2012 headline predictions to close out the year. Readers, please add your thoughts to the comments. 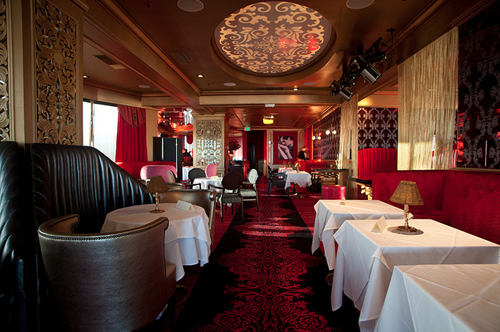 Q: What are your headline predictions for 2012?

Jonathan Kauffman, restaurant critic, SF Weekly:
- More modernist-inspired food as SF chefs rethink California cuisine.
- The foie gras wars are going to get brutal as the deadline approaches.
- San Franciscans will not tire of pizza or burgers, despite the prayers of every food writer in town.
- Seven new desserts will be proclaimed the new cupcake. All will be wrong.

Grant Marek, San Francisco Editor, Thrillist: Bacon good for you, according to best scientist ever

Josh Sens, restaurant critic, San Francisco magazine: "Chowhound Collapses Under the Weight of its Own Self-Seriousness"

Virginia Miller, food and drink correspondent, SF Bay Guardian: Average restaurant now thinks they have a "craft" cocktail menu. And under an "I wish" headline: El Bulli reopens for those of us who never had the privilege.

Jane Goldman, Vice President and Editor-in-Chief, Chow: The team's got one 2012 prediction they're ready to share: carbonated cocktails, a la Jeffrey Morgenthaler in Portland.