More Details on Joseph Humphrey's Dixie in the Presidio

Share All sharing options for: More Details on Joseph Humphrey's Dixie in the Presidio

Eater counted Michelin-starred chef Joseph Humphrey's forthcoming Dixie (1 Letterman Dr.) among its Six Big Deal Restaurants to Watch for this Fall, and now the opening has been delayed from "right around Thanksgiving" to "as soon as possible," so it's as good a time as any to share what's known about the concept to date. Humphrey is excited to offer something much more casual and cozy than the restaurants he's worked at in the past: little spots like Murray Circle at Cavallo Point (where he earned a Michelin star) and Meadowood (where he earned two Michelin stars). Dixie won't be a Southern restaurant, per se, but it will embody a Southern sense of hospitality— something Humphrey knows well from growing up in a town called Sopchoppy, thirty minutes outside Tallahassee, Fla.; and feels has been lost in the restaurant industry of late. 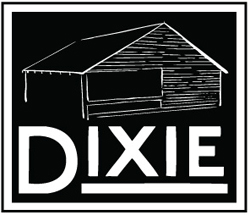 Although he can't reveal too many precise details about the menu yet, Humphrey says Dixie will probably offer a small fixed price menu for weekday lunch, serving nearby office workers. Dinner will encompass an a la carte menu with entrees priced in the low to mid 20-dollar range. There will also be a fun, interactive tasting menu, where one course is served in the kitchen at a special chef's counter with bar stools. Since Dixie won't have an open display kitchen, this will provide an exclusive view inside.

Although Humphrey hasn't decided who will run the bar program yet, he knows it will be bourbon-focused—"because that's what I like to drink"—and the wine program, which Humphrey describes as "progressive," will be led by Michael Mina vet Matt Turner. He also wants to do a "cocktail hour in the Southern tradition" with specialty drinks, and possibly some complimentary snacks too.

Other features at Dixie will be in-house charcuterie and cheese making programs, and table-side service for some things. "If I can find a way to do it without being too stuffy," adds Humphrey.

Michael Brenann is re-designing the 120-seat former Pres A Vi dining room so that it's broken up into smaller sections to create intimacy. The 50-seat outdoor patio will house a heated fire pit, and the 45-seat lounge and bar area inside will offer a separate bar/snack menu. Elements of the South like New Orleans-style gas lamps, distressed brick and cushy banquetes will all feature prominently.

The whole thing is a sort of ode to Humphrey's upbringing in a town that's "about as deep South as you can get," as Humphrey puts it. "I want to make my mom and brothers happy with this restaurant." Hence a Jack Daniels shot and a pint of Guinness will be available together on the menu (for his brother), and there will be big, lazy-making rocking chairs on the deck. "Mom will love it," says Humphrey.

So why the hold-up on the opening? Humphrey says the permitting process is particularly rigorous because Dixie is on Federal land, so they have to deal with the Presidio Trust and some other atypical checks and balances. He says: "There's still the possibility that we could get open by the end of the year, but it's hard to say."