Besides one of the eco-fanciest Whole Foods yet opening in the Haight, Rose Pistola showing off her new look in North Beach, Wreck Room tapping its kegs in Nob Hill, and Homeroom finally bringing the mac n' cheese in Oakland, it hasn't exactly been the craziest week of Bay Area restaurant openings. Ok, well maybe that's not too shabby after all. Take a moment to absorb these final additions below and drop a line if there's something else worth adding to the recap. 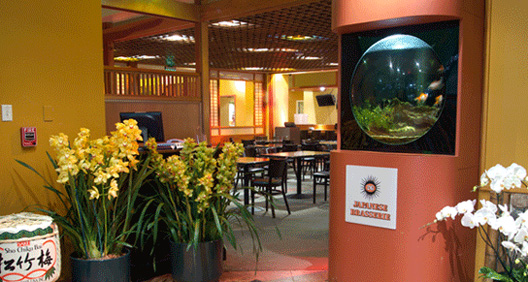 1) Civic Center: The 2G Japanese Brasserie we were waiting on, is now open. They're offering a wide array of things: from chawan mushi, sushi and yakitori to breakfast items like matcha French toast. Early reports, as per usual, in the tip jar. [Tablehopper]

2) San Anselmo: There were glimmers of hope that L'Appart's owners would reconsider selling their restaurant. Then a few weeks back, Scoop got the skinny that they would indeed reopen as a more casual bistro and now we learn they're open for business. Have a look at the new menu here. [ISSF]

3) San Mateo: Jean-Roger and Drissia Rafael have brought a French-Moroccan number called Café Tradition to West 25th Avenue. According to Signore Lucchesi, the owners' New York restaurants enjoyed some nice buzz in their day. Here's a look at the menu for your early perusal. [ISSF]