Herewith, the latest developments within the hallowed walls of the California ABC. As most of these factoids are hitting the web in a nascent state, your additions are much appreciated in the comments or the Eater Inbox . 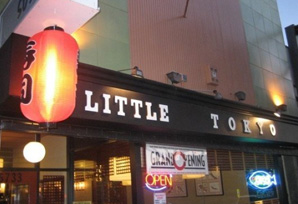 OUTER RICHMOND - The space at 5733 Geary has become a revolving door for sushi restaurants. Since the well-liked Cocoro shuttered there in 2006, Sushi Tomo moved in, only to close in 2008 and be replaced by Little Tokyo. Now, according to the ABC, Cocoro has a new license to move back in at the address. Drama (!) [EaterWire]

OUTER SUNSET - Patrick and Buffy Maguire, of Sunset coffee standby Java Beach will be moving into the C&M Bar space at 4300 Judah St with a restaurant called Beachside, serving beer and wine. [EaterWire]

TENDERLOIN - Hank's Eats (1101 Polk Street) shall be replaced by Eleven O One, owned by Dena Tomaboubzou and Ike Hicham Aboubzou, who have a Type 41 to operate here now. [EaterWire]

OUTER SUNSET - Lana Porcello and David Muller of Outerlands, home of under-the-radar Tartine-esque bread, great soup and hungry surfer types, will be adding cocktails in the next few weeks. The first menu will be "a simple, changing list, with ingredients made in house & from scratch." [EaterWire]

SOMA - Cafe Pazzo on the ground floor of the Showplace in the SF Design Center, has added a beer and wine license. No word yet if this means dinner service will be added or if it's just going to be a boozier lunch joint now. [EaterWire]

Belly Up at The Mission’s New Neighborhood Bar Buddy, and More Openings

Sorry, Dungeness Crab Season Is Still on Hold in the Bay Area